A week of migration & health in Joburg: Where are we? Where do we go? 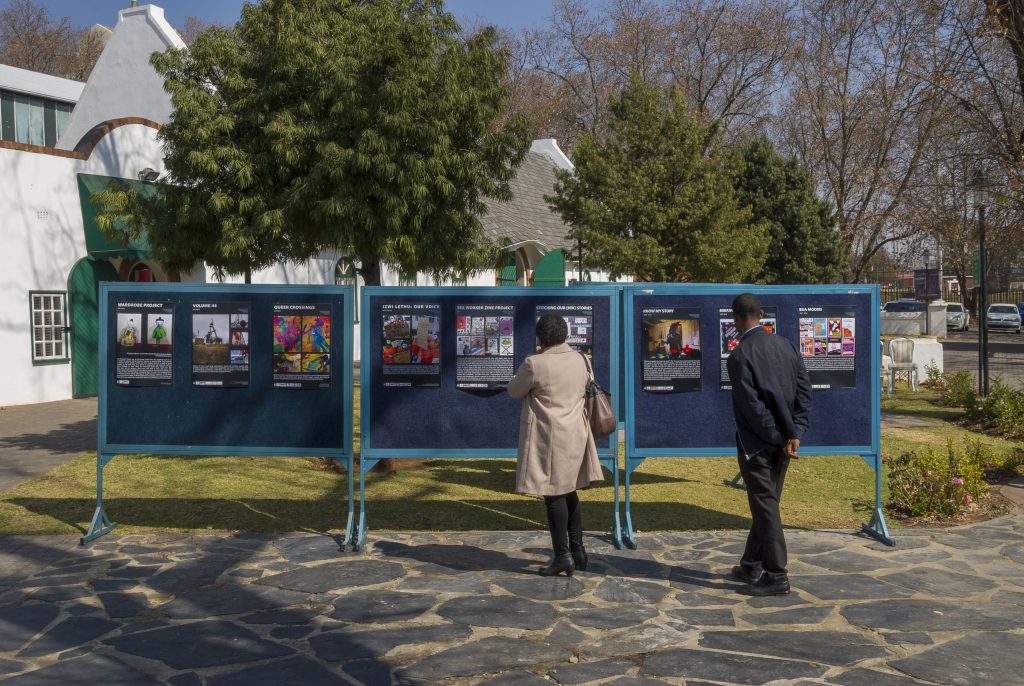 MHADRI member and doctoral candidate, Thea de Gruchy, reflects on a week of activities, co-hosted by MHADRI – that were held at the University of the Witwatersrand, Johannesburg in early August. This article was originally published on the International Health Policies Network (IHP Network) website on 6th August: ‘A week of migration & health in Joburg: Where are we? Where do we go?‘

Last week, the Lancet Commission on Migration and Health’s Report – The health of a world on the move – was formerly launched in South Africa at the University of the Witwatersrand (Wits). Using the attention drawn by this event, the African Centre for Migration & Society (ACMS), alongside colleagues in Demography and Public Health, held a series of events for those of us working on migration and health in the region – to come together, reflect on current realities, and think about the way forward.

As such, a two-day Early Career Researcher workshop for postgraduate students working in and around the field of migration and health; a Wits, UCL, UCL-Commission, and Chatham House convened roundtable looking specifically at realizing UHC in this context; a public symposium and the South African launch of the Report; and a regional symposium on gender, migration, health and public policy were all held in Joburg between 29 July – 2 August.

Reflecting global trends, issues of migration and health, including whether cross-border nationals should have access to health care in host countries, are incredibly contentious in South and southern Africa. Although countries across both the global North and South have committed to implementing and realizing Universal Health Coverage (UHC), many are reticent to include cross-border migrant populations in their plans. Which, as I have argued in an IHP blog post before, will undermine attempts to realize UHC and meet other global health targets, including UNAIDS 90:90:90.

To give you a broad sense of the migration and health landscape in the region, there are four things worth highlighting.

Within this context, across all four of the events last week three key themes emerged.

The first, which I believe will surprise no frequent reader of this blog, is that the development and implementation of schemes in the name of UHC, in the South African case the National Health Insurance (NHI), do not necessarily mean that UHC will be realized. The exclusion of non-nationals from the NHI is a clear example of this in South Africa. Rather than being a comprehensive system of coverage, the NHI threatens to be one in which a select package is offered to select categories of people.

The second theme was around the increasing securitization of health as a consequence of concerns about migration. The use of healthcare service providers and healthcare facilities as immigration control needs to be guarded against. While communicable disease control and monitoring remain important, these efforts will in fact be undermined if the accessibility of healthcare to non-nationals is further limited and if non-nationals actively avoid healthcare facilities over fears of arrest and deportation.

The third emergent theme was that a rights-based argument for ensuring that non-nationals have equitable access to healthcare does not seem to be working in South Africa, or globally for that matter. Alternatives have been suggested, a global public goods approach that argues that limiting the access to healthcare and wellbeing for non-nationals will ultimately undermine the health and wellbeing of nationals, for example. Increasingly efforts have also been made to recognise the economic benefit that migration and migrants have for their host communities. Whether such arguments will work where the rights-based argument has failed and whether it is desirable to be making these kinds of arguments is however up for debate.

Ways forward and one caveat

Given the particularly depressing nature of these conversations, important questions were asked about the way forward. An obvious point of departure for those of us in South Africa is the need to work to improve the NHI prior to its roll out and once it has been implemented; to ensure that UHC is realized through the scheme, and that key populations are not left behind.

In addition, improved responses are needed for key populations that have traditionally been left behind by the healthcare system, as well as ignored by researchers. Although, as Loren Landau argued, a key example of the latter are in fact policy makers. Researching migration does not simply mean researching migrants and their lived experiences, but also the mechanisms for governing migration and the people who are involved in their development and implementation.

However, while there is a tendency to lament the fact that we need more data, a key tension emerges between the fact that there is this need, but that the data that is already available is often used nefariously and to further anti-migration mechanisms. Making invisible populations visible, quantifying and qualifying migrants, opening up the black box around the mechanisms that migrants use to circumnavigate increasingly restrictive bureaucratic structures may not be in the best interests of those who migrate, and may simply be strengthening the hand of those who are trying to put a stop to migration.

Not a particularly positive note on which to end things, but, given the state of the world, fairly inevitable. As researchers and practitioners, the need to be rigorous and rigorously ethical – to ensure confidentiality and anonymity; to push back against entities that seek to fund work that would improve their efforts at securitization; and to improve research collaborations and partnerships so that research produced reflects local realities rather than a global agenda – in our work has never been more imperative.

[This article was originally published on the International Health Policies Network (IHP Network) website on 6th August: ‘A week of migration & health in Joburg: Where are we? Where do we go?‘, and the images are courtesy of MoVE ( method:visual:explore).